IE10 and below are not supported.

What'd We Learn in Phase 2? Read the Report 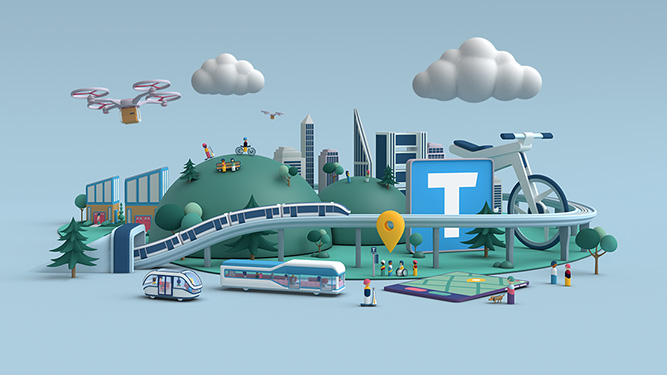 To everyone who participated in Transport 2050 Phase 2 – either by completing a survey or attending an online event – thank you for sharing your voice!

This phase of engagement took place between April 19 and May 14, 2021. We asked people for input on draft goals and three actions that could transform how the region moves.

We’re sharing the “What We Heard” Phase 2 Summary Report so you can learn about what the region told us.

To guide the region’s transportation future, we proposed five goals to help get us to where we need to go. Your future transportation choices should be convenient, reliable, affordable, safe & comfortable, and carbon-free. Across the region – and backgrounds – the people of the region strongly supported these goals.

This action envisions a future where the streets are designed to make it easy to travel by foot, wheelchair, bike, scooter, and more. This action was strongly supported as people generally agreed with the aspiration of reducing the region’s dependence on automobiles. But we learned that careful attention needs to be paid towards how accessibility, goods movement, and parking is addressed in implementation.

This action is all about leveraging automated vehicle (AV) technology to make car trips much more efficient – and accessible. People agreed with the vision for managing the introduction of automated vehicles, but with more people saying they were “neutral” compared to other actions.

People said they liked the safety and accessibility benefits of AVs, but they were also skeptical that they would work. They also thought that AVs could make existing issues in the region – like congestion or inequality – worse. The proposal to use fees to manage empty vehicles or pick-ups and drop-offs in congested zones saw less support than other measures in the engagement, however a majority agreed with the fees.

We are thankful for this input and acknowledge that we can do more work to do. We’ll be thinking about what we heard over the coming months as we work to a draft Transport 2050 strategy, with a comprehensive list of actions. Later this fall, we’ll share this draft with you for input. The final Regional Transportation Strategy is expected to be adopted early in 2022.

Phase 2 public engagement for Transport 2050 concluded on May 14, 2021. Thank you to everyone who took the time to provide us with feedback.